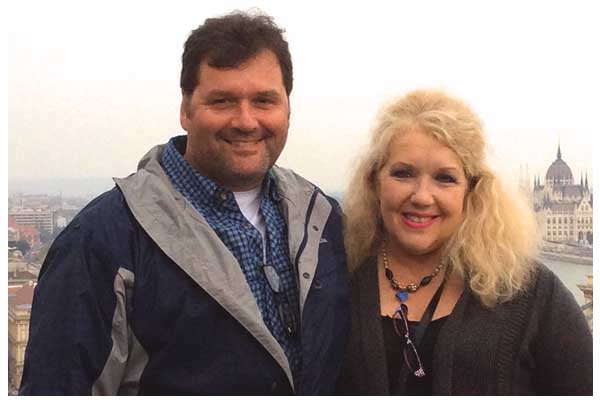 Three months after being born in Dayton, OH, Scott and his family moved to Indianapolis in December 1964. Except for that brief time, and his college years, Scott has lived in Indianapolis his entire life. Scott attended Cathedral High School on the northeast side of Indianapolis and Indiana University in Bloomington, IN where he joined the Lambda Chi Alpha fraternity. After college, Scott joined The Neal Group in 1988, a family owned independent insurance agency founded by his father. Scott served as Vice President of Underwriting in the family business until deciding in 1994 to pursue a career as a professional corporate pilot. Scott left The Neal Group in 1997 and has flown for several corporations over the past 18 years. Scott has an Airline Transport Pilot Certificate (ATP) with a CE525S type rating. Scott and Marjorie were married on August 29, 1992 and they currently reside in the Geist area. Scott and Marjorie have three adorable male English Bulldogs named Arby (10), Diesel (5), and Tank (5). Scott’s favorite band is RUSH and he also enjoys traveling, playing drums, camping, kite flying, and craft beer.

Marjorie Neal was born in Washington D.C. in December 1960 where she grew up near the Chesapeake Bay. Her family moved to Crawfordsville, Indiana in 1973 and then to Kokomo, Indiana in 1975 where she graduated from Western High School in 1978. Marjorie graduated from Indiana University (Kokomo campus) and became a Registered Nurse in 1982. After working in the Cardiac Intensive Care unit of Kokomo’s St. Joseph’s Hospital and for a local private practice physician, Marjorie moved to Indianapolis in 1987. Once in Indianapolis, Marjorie worked for 13 years in the Medical/Surgical/Neuro ICU unit of St. Vincent Hospital. Marjorie married Scott Neal on August 29, 1992, and began a secondary career with Mary Kay Cosmetics in 1994 becoming a Sales Director in 1996. In 2000, Marjorie helped start the investigational research company Infectious Disease of Indiana and in 2013 became its Director of Clinical Research. Marjorie enjoys entertaining, pro football (Colts), English Bulldogs, shopping, traveling abroad, decorating, and gardening. 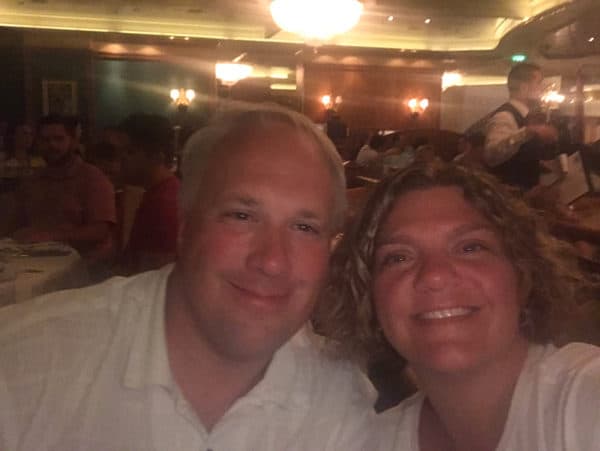 During the summer of 2015, the Harbron family traveled to another US state for a quick family get away. Being avid adventurers, they always like to try new things. They found an interesting ad for a place that enticed you to solve puzzles to try and find your way out of a locked room in an hour.
Having never heard of such an adventure, but being a huge game-loving family, they decided to try their hand at this new found game.

They quickly fell in love with the idea of the escape venue, and began the steps to design their own rooms and open a similar venue in Indiana. During the planning phase, they crossed paths with the Neals, joined forces, and have created what is known today as The Escape Room USA.

The past two years have been an amazing adventure!  When we began this journey, the escape venue was new to the United States.  We had no idea that what we thought would be a fun side-venture would soon turn into a prominent and exclusive escape venue.  In just over two years, we have grown from one location and 7 employees, to two locations and over 60 employees.  We have over 30,000 likes on Facebook, and are the lead in 5-star Trip Advisor ratings in Indianapolis Fun and Games.

The Escape Room USA is not just about solving puzzles and riddles to escape from a locked room in 60 minutes. People come to The Escape Room for a fun, interactive experience, and make memories and do life together in the process.

Over the course of the next 6 months, a third location will be opening in Columbus, Ohio. Brendon and Jennifer reside in Fishers, Indiana with their three teenage children. As owners of The Escape Room USA, Brendon is also officially the Chief Game Designer. Jennifer is the Chief Operating Officer and works to ensure that an exceptional customer service experience is lived out every day for each and every guest.